Are You a Kale Hater?

I have a confession to make. I’m heavily invested in a healthy, plant-based diet. At the same time, I admit that I’m one of those people who typically finds kale revolting. I’ve tried it in all sorts of dishes, and for me, kale not only tastes revolting, it ruins everything it comes in contact with. I don’t know exactly how to describe the bitter nastiness with family-friendly terms, so let’s just say that it tastes the same way I would imagine that refuse tastes.

If You Hate Kale, Eat Something Else 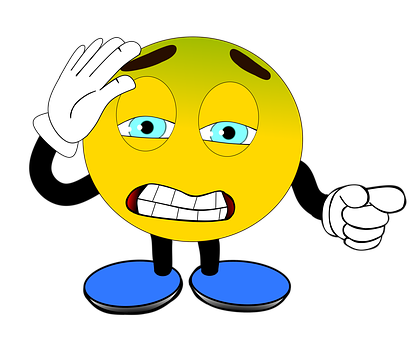 I like lots of cruciferous vegetables, and that’s what kale is. I enjoy broccoli, cauliflower, cabbage, and even Brussels sprouts. Kale gives those kinds of healthy green vegetables a bad name. Sure, kale gets some good press because it contains fiber, may help lower blood sugar and blood pressure and even lower the chance of developing asthma, weak bones, and cancer. You know what? Spinach does that too, so if you really hate kale, you can eat something else.

Hey, you might even be one of those people who has a better excuse for avoiding kale than just the disgusting taste. According to a report from Oregon State University, the vegetable contains substances called progoitrin and thiocyanate ions. These can interfere with thyroid function in a couple of ways, so for some folks, large quantities of kale could actually aggravate the metabolic problems that their enduring this vegetable to avoid in the first place.

In particular, raw kale also has a tremendous amount of fiber. Some folks don’t have the digestive system to handle it, and they may experience bloating, gas, constipation, loose stools. I mean, kale is unpleasant enough going in, so why suffer when it comes out too?

Can You Cook Kale to Make it Taste Good?

The sulfer-rich glucosinolates are probably what tastes bad to you in kale, but these are the things that scientists believe contribute to the vegetable’s health benefits. Cooking reduces these compounds and may make kale taste better. The good news is that scientists also believe that eating kale will provide your gut flora the raw ingredients to produce them again. Only this happens in your gut, so you don’t have to taste them! So, go ahead and cook your vegetables to give your gut biome something to much on.

Yes, kale is really healthy. Also, you can feel smug when you eat it. You can also choose plenty of kale alternatives, including spinach, cabbage, bok choy, or Brussels sprouts. It’s hard to imagine that many people have a raw kale addiction, but if for some reason you do, be careful because it may impact your thyroid and digestion.

3 Big Reasons Diets Make You Fatter
Is the Keto Diet Healthy or Unhealthy?
Your Two Brains: Why Your Gut Bacteria Matter for ...

Hello, and welcome to Cravings Cured! I’m a health journalist and ex-dieter. I hope you join me as we explore ways to stay fit and enjoy food again.

Scroll back to top